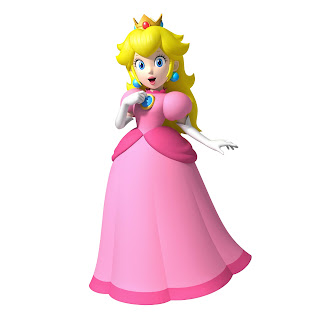 Upon defeating Rainbow Road, the three companions continued along their typical journey in finding Bowser's Kingdom. A couple of days after completing the road, the Protector of the Universe, Lord Boo, came into the scene while the three were resting under a mysteriously divine tree in Ghost Valley. "Mario, for your incredibly courageous feat of the feared Rainbow Road, I gift you the boon of Bullet Bill. Whoever you fire this weapon upon will eliminate them immediately from this world, never to be reincarnated again. However, be aware, because there is only one use for such a powerful weapon, so I  advise that you use it wisely." Once Lord Boo was finished speaking, he gifted Mario the weapon, and vanished as quickly as he appeared. "Mario! Do you know what this means? You can surely defeat King Bowser now!" exclaimed Luigi, once Lord Boo disappeared. "Yes, but I must be wise since Bullet Bill only has one use. Let's continue our quest though. I sense
Post a Comment
Read more

Week 12 Story : The Chosen One 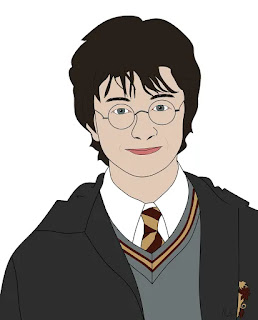 In the world of witchcraft and wizardry, there was an evil wizard who wreaked havoc all over the land killing or handicapping anyone through his dark magic. This wizard's name was Voldemort. One night he came into a home to destroy a family of three - a mother, father, and their son. Voldemort brutally ended the mother and father's lives, but their baby son, Harry Potter possessed a powerful magic deep within himself. As Voldemort thought up his last spell to end Harry Potter's life, he presumably vanished out of thin air due to Harry Potter's powerful magic.  Due to Harry now being an orphaned child, he was to go off and live with his aunt and uncle who didn't possess magical powers. In the world of normal humans, it was growing increasingly suspicious that there were wizards and witches living among them. The ones who possessed magic though, worked to great ends in order to keep their magic hidden from these normal humans; casting spells or drugging with potions t
Post a Comment
Read more 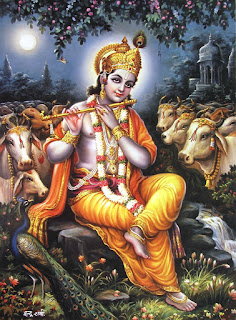 Part B begins with Krishna still proving how mighty and divine he truly was. Brahma the creator once stepped over him and wanted to challenge his divinity. By doing this he captured all of Krishna's friends and cows. Krishna with ease replaced them by creating them anew. A year later Brahma realized what Krishna had done, realized his true divinity, and returned his friends and cows. One day Krishna comes to Gargacharya for the blessing to marry Radha. The priest refuses and explains to him this was not in Krishna's destiny. Furthermore states how his true birth parents were not Yoshodha and Nanda, but were in prison at the hand of Kansa. Krishna utterly upset by this, realized what his destiny really was. Akrur comes to the village to invite Krishna to the palace of Mathura. He explains to Krishna what this invitation truly meant from Kansa and that it was a proposed trap. However, Krishna still accepted and left to Mathura with Akrur. Krishna makes a name for himself among t
Post a Comment
Read more 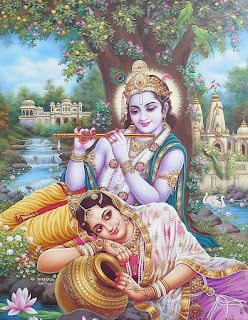 The king Kamsa had feared his destiny and didn't want to meet an end to anyone. A prophecy told him he would die at the hands of a soon to be born child from his sister. The prophecy also saying that she would have 8 children. The king brutally murdered each child up until the 7th born. When the 7th was born, Krishna, his father took him to a safe village where the king or anyone of the kingdom could harm him. The king this night was having dreams of failure and defeat, but he didn't know why since he though he had killed all of his possible defeaters. The 8th child was a baby girl, which made the king laugh, for he didn't believe a woman had the power to destroy him. That's when the baby girl transformed into a goddess and told him off. She stated the baby to destroy you was alive and safe away from him. With this, the king murdered any newborn child he heard of in the kingdom. Still, little did he know Krishna was safe by the side of Yoshuba. Yoshuba growing up was a
Post a Comment
Read more 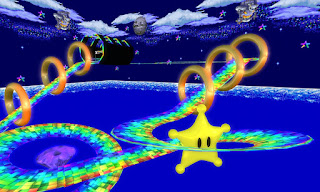 Check out my latest story on my portfolio page. Link A Captured Image of the Deadly Rainbow Road.  Flickr Author's Note: I really wanted to capture the overall moral/storyline from one of the stories in this week 11's reading. The story comes from the "Jataka Tales" by Ellen C. Babbitt with the co-title "The Sandy Road." I wanted to recreate one of Babbitt's stories that I could add into my project with my own Super Mario Brothers twist to it. When reading through the Jataka Tales, I was reading with ideas in mind of translating a certain story to fit a need in my project, and "The Sandy Road" did just that. In the original, the merchant orders his traveling group to dump out the water with the thought of it being their last night of travel. I simply didn't add this aspect, but instead adopted the travel by night and rest by day. If one has ever played Mario Kart, they know how utterly frustrating and "seemingly never ending" the
Post a Comment
Read more 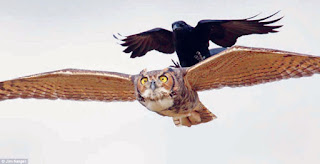 The Wise and Foolish Merchant - Don't be foolish like the merchant. Be wise and always observe The Elephant Girly-Face - Shows the innocence of children, or even someone who doesn't know better in adulthood. The Banyan Deer - Always show mercy, even if you are the king or most powerful in your herd. The Princes and the Water-Sprite - I don't know if it's supposed to be known what good fairies are like, but the oldest prince knows. Because of this we know he's the wisest of the three. We can learn about the power of wisdom from this story. The King's White Elephant - I'm not quite sure there's a moral to this story here, other than simply working hard. The White Elephant was beautiful, and it seemed to workout for him once he became the king's. The Ox Who Never Envied the Pig - In my opinion this is giving the advice to treat your body right. Don't envy others who have everything given to them, because it doesn't always work out in a good way
Post a Comment
Read more The first story in the Jataka Tales was about a cunning monkey and a stupid crocodile. The crocodile several times had tried to get the monkey in his presence in order to kill, but the monkey out smarted him both times.  The story of the the Turtle Saved His Own Life was almost along the same lines - just shorter to the point. The turtle in a way outsmarts the humans "dreading" to be thrown in the water, but little do they know the water is the turtles home. The Merchant of Seri in my opinion is about greed and ultimately the wrongdoings of deception. The first merchant had lied about the gold bowl trying to get even more from the old lady. The second merchant had told the truth and originally refused. The second merchant ends up being the one with the better life to live. The story of the talking turtle was one with the moral being sometimes it's best to just keep your mouth shut. The story of the Strong Ox teaches one to be kind to all, even in times of stress or compet
Post a Comment
Read more
More posts